Hands Across the Water UK

On 26 December 2004, a tsunami hit Indonesia, Thailand, India and Sri Lanka. It left death and destruction on an unprecedented scale, with the death toll estimated at 250,000 people.

On 28 December, police and other forensic specialists from 40 countries travelled to Thailand to help with the international response. Police assisted in identifying the 4606 victims who died in the southern region of Thailand, in what would become the world's largest ever Disaster Victim Identification response.

One of the police officers sent to the area was Sergeant Gill Williams. She was a police officer with Thames Valley Police since 1980 and the sergeant in charge of the Specialist Search and Recovery Team since 1996. Gill was responsible for all hazardous searches including victim recovery.

During her deployment Gill became aware of the huge number of Thai children who had become orphaned. Many lost both parents during the disaster and found themselves with nobody to care for them. To add to their suffering, their homes and villages were also destroyed by the tidal wave. Gill was horrified to learn that these orphans would live in large tents until they were 18 years old. 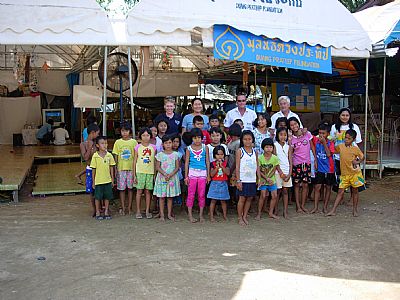 Discussions were held with the Duang Prateep Foundation who provided accommodation for the children and plans were drawn up for a permanent home to be built. The initial cost for the building was £50,000. To raise money for the building the charity Hands Across the Water UK was formed. The Thai Treasury then agreed to equal this amount so a much larger building was planned.

On the 29 August 2006 the Baan Than Nanchai Orphanage was officially opened. It is based in the Taqua Pa region of Thailand, which is located north of Phuket Island. There are now 104 children aged from days old babies to 18 year old teenagers living at the orphanage. There are still some Tsunami orphans there, however today it is home to children from all sorts of backgrounds. Thanks to Hands Across the Water UK these children now have a comfortable permanent home with dormitories, bathrooms, a music

room and a large play area. 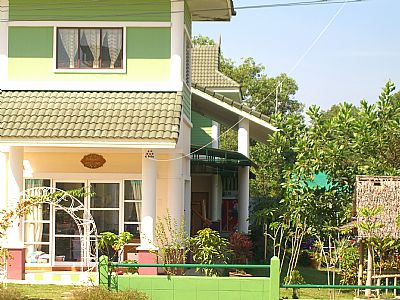 The purchase of two minibuses, one jeep and one motorcycle

The building of two volunteer bungalows 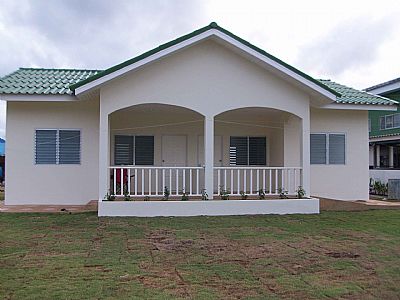 The purchase of a village house for staff

The building of a baby and toddler unit

Building a hydroponics unit to grow salads and vegetables

Refurbishment of the play ground

Sponsorship for individual children at school

Sponsoring seven visits to the UK by children and staff from the orphanage.

Sponsoring one student through university whilst studying for his music degree.