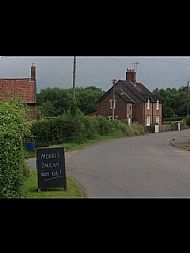 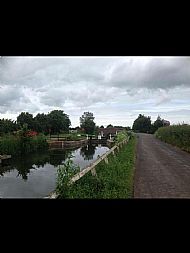 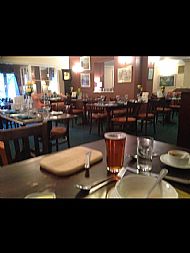 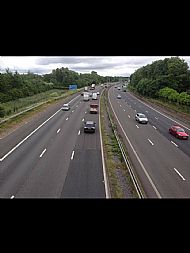 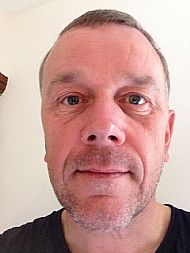 Śtarted today in the rain. Rained all day and is still raining now still could be worse! More industrial landscape today as I crossed the M5, M4 and M48 motorways heading north towards Gloucester. Travelled along some beautiful canal paths but had to concentrate on not falling off my bike.  Thing about canal paths is when it rains for a long time they become muddy and very slippy, like riding on ice. Progress was slow today, at times It would have been quicker to push. Also got lost so I asked a local who happened to pass by and she promptly directed me about 20miles in the wrong direction. When I told her she may be mistaken she said she was useless at directions and to ask at the village post office. I asked the owner of the post office and she began to explain when her husband appeared and directed me a different way.  They then started arguing with each other so I left! Like little Britain.

Anyway, safe and sound in a great B&B Gail found for me listening to the rain and preparing for tomorrow.

Comment from Ian williams at 22:08 on 15 June 2016.
Well done Spence, all in Devon are thinking about you, terrified by your portrait photo!! Get a shave. Keep up the great work. Much love ianx
Comment from Jenny & John at 22:45 on 15 June 2016.
Looking on the positive side Spence, flat tow paths YEAYYYYYY and they weren't flooded!!!
Keep up the good work mate, we are all so proud of you, very much so.
Sleep well and have a good safe ride tomorrow.
Comment from Gail at 23:23 on 15 June 2016.
Your doing amazing, hope the sun shines for you soon, think of all the memories you have made already......keep going, stay strong and pedal like the wind! X
Comment from scott mcdermott at 10:08 on 16 June 2016.
Not nice mate. Going 20miles in wrong direction in a car is frustrating. On a bike it must have been devestating.
Comment from Amanda at 22:21 on 17 June 2016.
Keep going Spencer, your doing amazing, keep pedalling & stay safe!
The Gray's x