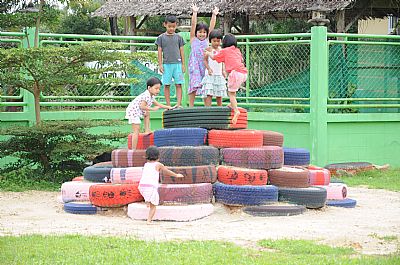 HATWUK funded the refurbishing of the existing playground at the orphanage. At the end of our September 2014 cycle ride we helped paint tyres as well as each other before creating a tyre mountain for the kids to climb on.

The old playground had been in place since the building of the orphanage in 2006 and was starting to show it's age.

Other new equipment was also erected including a climbing tower and swings.

It's within a stones throw of the orphanage buildings and provides a safe environment for the young children to play in. It often goes to show that the simplest of things with a bit of imagination can give hours of endless fun. 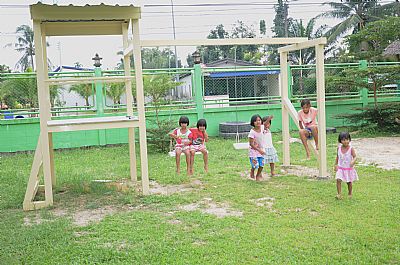